sthlmnyc is an initiative that connects architects, urban planners, real estate developers and academics in Stockholm and New York City, aiming to influence the future of these cities by developing new innovative solutions. sthlmnyc is a non-profit organisation founded and led by architects Linda Schuur and Sander Schuur.

– We believe in cross-border cooperation, today more than ever. For architects worldwide, we are facing the challenge of creating sustainable cities. A platform like sthlmnyc creates opportunities for knowledge sharing between cities and is in line with our internationalisation strategy, says Rahel Belatchew, founder and CEO, Belatchew Arkitekter.

– We think Belatchew Arkitekter is an ambitious and a visionary company with projects that belong on the international architecture scene. Based on sthlmyc as a platform, we discuss and formulate innovative solutions in urban planning and architecture to influence the cities of the future, says Sander Schuur, founder of sthlmnyc.

Rahel Belatchew will also speak at the conference “Urban Well-Being By Architectural Design” organized by sthlmnyc in New York on October 24th. The conference is part of Archtober, New York City’s month-long architecture and design festival, which takes place in 2018 for the eighth time. The conference is being organised in cooperation with the Consulate General of Sweden in New York. 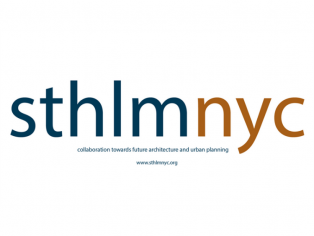