The Manchester studio of BDP, a major international interdisciplinary practice of architects, designers, engineers and urbanists, has appointed Tom Hewitt as International Retail Director in order to build on the success of its North West retail projects globally.

Tom has joined BDP having previously been a Director specialising in retail development at 3DReid. He was also the Head ‘Concept Coach’ with responsibility for the overall design integrity of all projects within the national and international offices as well as co-ordination of design direction for the Group.

Tom’s completed and ongoing design commissions include the Lakeside Shopping Centre in Thurrock, Trinity Square in Gateshead, Tipping Street in Salford and Lancaster City Centre as well as international projects in Nord Centrum and Lasnamae Centrum, Tallinn and Zhongsham Nam Lu in Nanjing.

Commenting on his new role at BDP, Tom said:

“BDP’s Manchester studio is rightly regarded for its strong retail expertise and the opportunity to join the experienced retail team and work alongside my colleagues in London, Birmingham, Shanghai, Delhi and Rotterdam was the fulfilment of a personal ambition.

Liverpool One is rightly renowned for having transformed Liverpool city centre and The Rock in Bury provided the town with a much needed dose of vibrancy and essential boost to the local economy. I look forward to exporting the skills and knowledge we’ve developed to exciting international retail projects.”

“Tom will be an invaluable addition to the BDP team. As well as our domestic retail experience, BDP have also recently undertaken international projects including the Vasco de Gama Centre in Portugal and the Wuxi Ikea Shopping Mall in China, Tom’s wealth of experience will be vital in growing our international retail portfolio.” 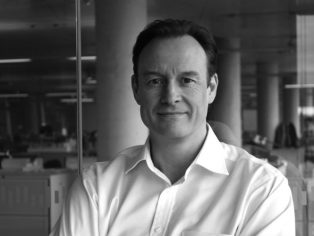