Award-winning architect hopes to inspire others

Staffordshire architect Natalie Hewitt has been honoured with a gold award for architectural design from the Leek and District Civic Society. The recognition came days after she was announced as runner-up in the 2015 Sentinel Business Awards. The co-owner of Hewitt & Carr Architects was a finalist in the highly competitive category of Young Business Person of the Year.

The Civic Society award scheme acknowledges excellence in the enhancement of the environment. The scheme, which Hewitt designed in 2009, was for a new housing development on the site of the Old Smithy in Endon, Staffordshire. The design was deemed to be worthy of the society’s highest award.

Hewitt, who has 10 years’ experience in the industry, hopes her recent achievements will encourage more women to pursue a career in architecture. The young professional formed the company three years ago with business partner Mark Carr, following the relocation of their former employer, Stoke-on-Trent based architects firm Hulme Upright.

Last year, the partners purchased a Grade II Listed building, located in Cheadle, Staffordshire, which they have carefully renovated to house their expanding team of eight. Hewitt & Carr customers include the long-established Wrights Pies and the popular pottery brand Emma Bridgewater.

“We have managed to build a credible reputation over the last few years and are immensely proud of how much we have accomplished to-date.”

“The award is recognition for all of our hard work and it’s my hope that it will encourage more women to enter the profession, and also inspire female architects to run their own practice.”

The President Elect of the Royal Institute of British Architects (RIBA), Jane Duncan, has recently launched a new campaign to celebrate and support a more diverse and inclusive construction industry. The first phase of the #SeeMeJoinMe campaign will focus on raising the visibility of women working in the construction industry around the world.

“It’s a sad fact that female architects represent such a small percentage of the industry and there are even fewer women who are partners in their own practice. It’s great to see RIBA campaigning for gender equality and it’s a cause I back whole heartedly.” 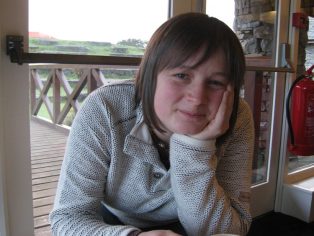