Despite the dip in the latter part of 2015, latest forecasts from the Construction Products Association (CPA) predict that construction output is expected to rise by 19.7% between 2015 and 2019, with 2016 enjoying a 3.8% increase.

As expected growth in private housing, commercial, mainly driven by new office developments and infrastructure will fuel this upward trend.

But it’s not all doom and gloom for the public sector either, despite a government focus on austerity, both education and health are expected to see healthy increases by 2019, 22.3% and 12.8% respectively.

This is in part thanks to capital raised by private projects under PF2, so whilst new builds are unlikely to be hit by austerity cuts, the industry should brace itself for falls in maintenance and refurbishment programmes.

Commenting on these latest figures from the CPA, David Wigglesworth, Managing Director for UK Specification, ASSA ABLOY, assesses how he believes 2016 is shaping up:

“Whilst these latest forecasts clearly make for positive reading for those involved at the specification stage of the construction market, one must proceed with caution.

“There are still risks to the industry, some of which are known and on-going issues, such as skills shortage and the elimination of the public sector deficit, whilst others are less easy to account for such as the EU referendum and growth prospects of countries like China.

“That said we’ve had a positive end to 2015 and our project pipeline continues to grow with exciting prospects for 2016.”

“Office developments are expected to continue to influence the growth in the commercial sector, which is one of the reasons we launched a door furniture range specifically designed with high-end office space in mind. 2015 has seen a lot of London-centric development whereas 2016 will see this extend to Birmingham and Manchester, which is positive news for the industry and will lead to further investment projects in and around these second cities.”

“Another area expected to prosper in 2016 is education, as it benefits from both the fruition of PF2 investments and planned University spending, boosted further by the removal of caps on student fees.”

“One trend that we’ve been able to capitalise on and which we expect to see continue in 2016 is specification across multiple schools. Increasingly we are specifying for education authorities or within framework arrangements that can see the development of multiple schools at one time. This demands supply chain certainty and a seamless relationship from design to as-built, as well as the supplying of data for a smooth handover.

“The private investment in both education and healthcare under the PFI schemes is positive for the industry and whilst there may be cuts to RMI in public sector facilities, the BIM level 2 deadline in 2016 will help to ensure that those projects which do go ahead aren’t ‘under specified’ delivering value for the end user.

“By 2016, all centrally procured government construction projects, no matter their size, must be delivered using BIM, and thanks to the investment ASSA ABLOY has put in over the past few years we are well placed to meet this requirement and assist specifiers and architects in providing the support they need.

“Thanks to our extensive experience and the support services we are able to offer architects working on a spectrum of healthcare projects, health remains a target area for UK Specification so I’m pleased to see there are some large PFI projects in the pipeline over the next few years, and the start of the first project under PF2, the £430million Midland Metropolitan Hospital beginning in 2016.

“The scale of these projects invariable require involvement from a wide range of companies and resources, our simplified approach to specification, which includes BIM objects defined by application type, should help ease this process and ensure architects and design-led contractors are supported in their specification choices.” 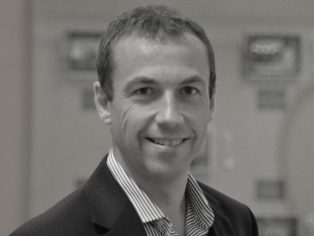