Sunand Prasad, co-founder of Penoyre & Prasad and former RIBA President, muses on the recent evolution of the profession and the challenges ahead.

HOW (AND WHY) DID YOU BECOME AN ARCHITECT?

I went to University to study engineering, having focused on science and maths at school, where I could not study art due to timetabling. Since childhood, I had been fascinated by dams and bridges, but there was something missing. I realised what it was when I saw the ‘artificial sky’ geodesic dome at the back of the School of Architecture, which was next to the engineering department, and was very lucky to be allowed to change courses. In fact, I even got my grant extended.

WHAT DO YOU LIKE MOST ABOUT DESIGNING BUILDINGS? AS A FORMER ENGINEER, IS IT PARTLY ACHIEVING EFFICIENT BUILDINGS WHICH HAPPEN TO BE BEAUTIFUL?

Or beautiful buildings that happen to work for the people who own and use them? What I like is the intellectual and emotional thrill of combining functionality, build quality and the making of forms that satisfy, delight, or intrigue people.

DO YOU STILL GET TO BE AS HANDS-ON WITH DESIGN AS YOU WOULD LIKE?

No – but only because architects have to spend so much time nowadays in bidding and winning jobs.

WHAT IS THE HARDEST PART OF YOUR JOB?

I really enjoyed it. I learnt more from what I did not achieve, but according to others, helping to decisively focus the architectural profession on climate change – something that my predecessors had already started – was an achievement. I tried, but did less well at interdisciplinary collaboration and professional education.

WHAT IS YOUR FAVOURITE BUILDING?
There are too many to mention – but they range from the Padmanabhapuram Palace in South India, to Utzon’s Sydney Opera House, and Francis Kére’s Gando Primary School in West Africa.

DO YOU THINK THAT IN THE AGE OF DESIGN & BUILD ARCHITECTS HAVE TO EMBRACE NEW ROLES, BEING ‘DEVELOPERS’ OR ADVISERS AS MUCH AS DESIGNERS?

desires of users and owners and what role a building might have in fulfilling them.

CAN YOU DEFINE THE ROLE OF AN ARCHITECT IN 2017?

To help enable the physical environment to better fulfil people’s lives and dreams.

HAVE ARCHITECTS BEEN FORCED TO GIVE UP CONTROL OF TRUE DETAIL FOR DECORATION?

No – but there is not a good enough shared language to bridge the crude polarity of ‘modernist’ and ‘traditional’ architecture. Fortunately it is emerging through a younger generation of open-minded architects confident about taking the best from past and present.

HAS TECHNOLOGY HELPED ENHANCE ARCHITECTURE OR DOES IT DO TOO MUCH ‘THINKING’ FOR ARCHITECTS?

Technology cannot do ‘thinking’; but it’s as irreplaceable as oxygen.

HOW CAN YOU SEE ARCHITECTS’ ROLE CHANGING IN THE NEAR FUTURE?

The biggest change, and it’s been happening for quite some time, is that there will be many kinds of architects rather than the singular template inherent in the structure of RIBA Parts 1, 2 and 3. There is also a debate about when the architects’ duty to the public trumps their duty to the client.

IS THE RECENT EMERGENCE OF ‘PACKAGES’ IN MANY AREAS OF BUILDING DESIGN A POSITIVE THING?

The emergence of packages was inevitable as technology and product manufacture became more complex, precise, and high performance. The design of the final form of the packages and of the interfaces between them is already a key area of skill that most architecture practices have mastered; there are also many architects who are working for product manufacturers. The engagement is well understood and embedded. What distinguishes good architecture is creativity and imagination in the way packages are put together.

DO YOU THINK THAT CLIENTS HAVE A CLEAR IDEA OF WHAT YOU DO?

WHAT DO YOU SEE AS THE BIGGEST CHALLENGE FOR THE ARCHITECTURE PROFESSION IN THE NEXT FEW YEARS?

To convince the public and policy makers of the incredible value that good design adds to society, the economy and life.

DO YOU HAVE ANY SPECIFIC GOALS PROFESSIONALLY, AND FOR YOUR PRACTICE?

We have been doing most of our work in the public sphere – it would be great to have more private sector clients, in order to be more diverse. 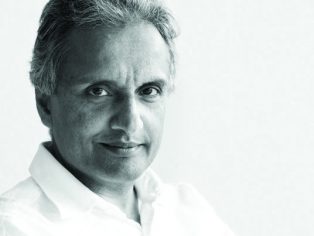