A visually stunning and carefully considered scheme for the Philip Webb designed Standen in East Grinstead is the judges’ choice for the 2015 Philip Webb Award.

The winning entry of the SPAB’s (Society for the Protection of Ancient Buildings) Philip Webb Award 2015 is a beautifully executed and highly appropriate proposal for the stableyard and barn at Grade I- listed Standen in East Grinstead by Holly Spilsbury, a Manchester School of Architecture Masters student.

Each year, SPAB’s Philip Webb Award encourages and celebrates new design in the context of historic buildings. The award was re-launched in 2015 to mark the centenary of the death of SPAB co-founder Philip Webb. The SPAB’s Philip Webb Centenary partnership with the National Trust enabled it to offer the stableyard and barn café at Webb’s iconic country house, Standen, as a live case study on which entrants could base their scheme if they wished. Entrants could also create a scheme based on a site of their own choosing.

“The judging process was hard and it took us all a very long day to deliberate not just who the winner was, but how we wanted to divide up the prizes. It was an exhilarating experience and we have a worthy winner for 2015.”

The judges were won over by Holly’s mature and subtle response to the site and to the National Trust’s Brief. Holly demonstrated a real appreciation of the unique character of Standen. The judges were impressed by the effective way Holly’s scheme balanced careful conservation and modest enhancement of the existing stableyard and barn with diversification, creating a new gallery and workshop building that enriches the visitor’s journey around Standen.

Holly will receive this year’s Philip Webb Award certificate and a prize of £1,500. Her winning entry will also be on display at the V&A as part of their Philip Webb Centenary exhibition.

“I feel that conservation is an integral part of any architectural project that involves existing historic buildings. I spent the initial stages of this project understanding the history of the site, from a farm to Webb’s design for the Beale family, to its transition as a National Trust house today. Once I understood the building’s design and the site’s social history I could begin looking at incorporating new designs. The judges involved in this competition represent a really high caliber of professionals working within the conservation field, so it is an immense privilege to receive their recognition. To have my work included in the V&A Museum as part of the Philip Webb exhibition makes me
extremely proud.”

The SPAB was delighted to receive a number of well-presented and thought-provoking entries, submitted by both current Part II students and graduates from a range of UK architecture schools, including Plymouth, Manchester, Canterbury, London Met / the Cass, Birmingham, Oxford Brookes, and the Royal College of Art.

“Standen is considering how to carefully develop the site over the next few years due to a marked increase in visitor numbers and our desire to open up more of Standen to our visitors. The level of sympathetic detail and careful consideration completely captures the spirit at Standen and celebrates the architecture at this very special National Trust property.” 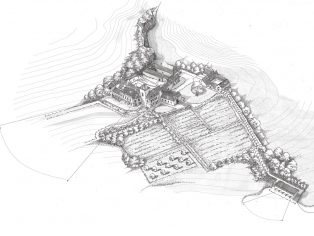 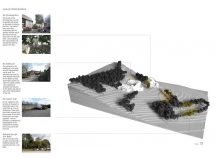