Munich Airport’s new satellite terminal got offto a smooth start yesterday. In its first day of operation, the facility handled a total of 20,000 passengers booked on lLJO flights. All take-offs and landings were punctual.

On hand at the departure gate yesterday to greet passengers on flight LH lBLJO to Rome were Munich Airport CEO Dr. Michael Kerkloh and Burkhard Feuge, Lufthansa’s station director in Munich. The reason for this special attention: LH lBLJO was the first flight departing from Munich Airport’s new satellite terminal. The passengers on the maiden flight were treated to the sounds of a traditional Bavarian brass band, and small gifts by Munich Airport and Lufthansa, who will operate the new satellite building on a 60:Lj0 basis, as is already the case with Terminal 2.

Docking at the satellite pier at 05:07am was the first arriving aircraft at the new facility: the Lufthansa Airbus A3Lj0 with flight number LH 731 from Hong Kong.

Passengers were especially impressed by the spacious halls flooded with natural light, and the central marketplaces with their attractive dining and shopping options. Starting today, passengers not departing from the satellite can get a glimpse of the new facility. All passengers with a valid boarding card will have access to the underground personal transport system connecting Terminal 2 to the satellite. With the new facility, the capacity ofTerminal 2, which is used by both Lufthansa and its Star Alliance partner airlines, has increased by 11 million to a total of 36 million passengers per year. As one of the most modern airport buildings world-wide, the terminal will offer its guests a pleasant atmosphere with light-flooded open spaces and a wide variety of shops and restaurants. Passengers will also have five new Lufthansa lounges at their disposal.

The new state-of-the-art facility was completed on time. And even more importantly, it was completed within budget: the dream of all airports worldwide, who face ever-increasing challenges in the management of complex infrastructure projects. However, the Munich Airport project team, in charge of preparing all involved airport stakeholders for this crucial day, pulled it off!

The success story didn’t come out of the blue. A period of extensive preparation and planning by a dedicated team of experts started almost three years ahead of the opening. Getting all stakeholders on board, coordinating and executing the familiarisation training for thousands of staff and constantly monitoring the construction progress in preparation of the trial period were just some of the challenges the team faced during that time.

In the final six months before the facility was opened to the public, trial operations became a top priority. In this critical period, all airport processes were put to the test, from simple passenger boarding and de-boarding to more complex procedures, especially for non-standard situations such as the emergency evacuation of the entire building. To make the trials as realistic as possible, thousands of external test passengers were recruited to play the role of passengers. When the testing was complete, the airport’s experts gave their thumbs-up: the dress rehearsal was a complete success and the satellite was ready for opening day.

The investment in an DRAT team and experienced experts to prepare for the launch obviously paid off. Every day of delay in an airport infrastructure product on this scale pushes up the costs and adds to the workload of the airport management team. By bringing in Munich Airport’s experts, with their 20+ years of “Operational Readiness and Airport Transfer” Experience (DRAT) and the successful delivery of more than L.jQ major DRAT projects, airports can avoid these issues. 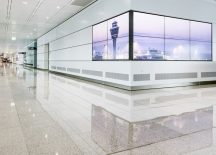 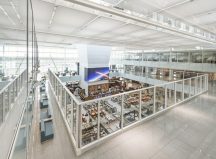 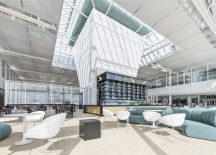