Although the Airports Commission found no insurmountable obstacles to the development of a new four-runway, 24 hour hub airport in the Thames Estuary, it has not shortlisted the proposals put forward by Foster + Partners. These proposals are supported by a large number of companies and individuals, including the Mayor of London.

“I predict that Londoners will be scathing in their condemnation of today’s announcement, when confronted with the inevitability of the blighting influence of Heathrow – the risks, noise and environmental impact of overflying London – and its inability to cope with predicted growth. They will ask why there was not even the courage to further explore – to study – to research – a strategic long term alternative to the instant gratification of a sadly predictable compromise. Adding a third runway at Heathrow is merely a short term fix – it will inevitably lead to a fourth runway in order to maintain international hub status.”

“By contrast, a new national airport in the Thames Estuary is a true design for the future, especially when linked into existing and new high speed train networks. It can be achieved more quickly and, based on independent analysis, there would not be a substantial cost difference between a fresh start at Thames Hub compared to a stop-gap solution at Heathrow.”

“Elsewhere in the world, relocating an airport that no longer serves its purpose is considered normal practice. France did it twice in a matter of decades. In Hong Kong we created a man-made island the size of Heathrow and built what was then the largest airport in the world – all in the space of six years. The pattern of the most competitive emerging economies is to replace the old and obsolescent and go boldly forward with the new, an opportunity today’s decision denies this country. The outcome of this process calls into question the validity of the Commission.” 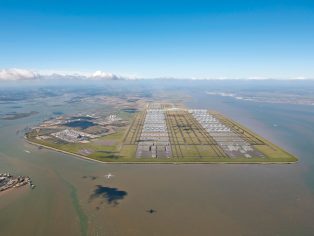 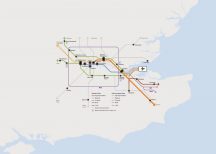