A new Tate Britain to be unveiled this autumn

A new Tate Britain will be unveiled on 19 November 2013. The transformation of the oldest part of the Grade II* Millbank building by leading architects Caruso St John marks a significant moment for Tate Britain. The unveiling this autumn follows the opening in May 2013 of nine new galleries and the chronological presentation of the world’s greatest collection of British art. The £45million project includes:

“The new Tate Britain opens up the Millbank entrance to reassert and enhance the original grandeur and logic of the galleries. Adam Caruso and Peter St John have created new spaces out of old and artists have helped to articulate a new sense of the public realm.”

The new Tate Britain opens on the 19 November, with celebratory events throughout the day and evening on 22 November. Press view 18 November 2013. 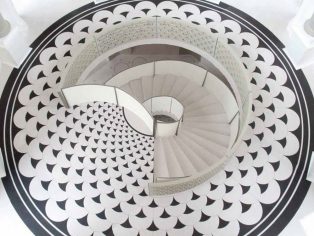