“Every building is a prototype. No two are alike“.
This is how the German-American star architect Helmut Jahn describes architectural uniqueness.

A building’s individuality results from interdependencies. So, what determines the relativity of uniqueness? On the one hand, the volume itself, and the duality of space and envelope create its intrinsic character.

Architectural space is defined by vertical or horizontal elements. How we experience that space depends on physical properties such as temperature, reflectivity, colour, texture, pattern, odour and the tactile impact of surface finishes etc.

On the other hand, a building’s uniqueness derives from the visual perception of space. Our eyes judge how far an object is from us and interpret the spatial information based on knowledge of the world and the objects figuring in it. Our own individual perception of perspective determines how we experience an object’s size.

So, size is relative. Architecture large or small, can be compelling with its relative uniqueness – its prototype. In this edition, we would like to show you that prototypes featuring ALUCOBOND® come in all sizes: large and small. 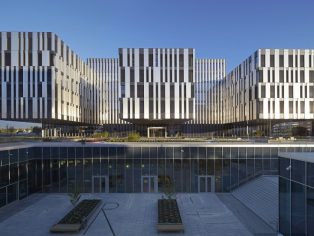