A design vision for HS2

High Speed Two will be the first mainline railway built north from London in more than a century, but that fact does not begin to capture what a transformation it will provide.

It is not just a new, fast rail line but an entirely new transport system, a railway spine that will bring improved connectivity across Britain.

To deliver that, trains, track, signalling, power supply, tunnels, cuttings, viaducts and bridges, and stations will all be designed as one modern integrated system to provide a totally reliable, high capacity service.

When HS2’s second phase to Leeds and Manchester is operational seat availability leaving Euston at peak times will be roughly equivalent to a jumbo jet departing every minute.

Within six minutes passengers will pull into Old Oak Common. Currently the site is a large expanse of railway land in west London and it presents the project and the area with a huge opportunity. HS2, Crossrail, Heathrow Express, the Great Western line and London Overground will all be linked, creating unparalleled connectivity right across Britain.

From there HS2’s 225mph trains will reach the planned Birmingham Interchange station near Birmingham Airport 31 minutes later before reaching its new Curzon Street terminus in Britain’s second city 49 minutes after leaving London.
High Speed 2 will be transformational for train travel in Britain. And HS2 Ltd wants its stations for the first Phase to Birmingham and those on Phase Two to Leeds and Manchester to be transformational too.

But fundamentally, how will HS2 stations differ from those on the domestic network? The sheer number of people they will handle imposes a different scale. Many HS2 trains will be capable of carrying 1,100 passengers. To accommodate their departure and arrival HS2 platforms will be 415m long. In other words the length of four full-sized football pitches.

Underpinning its station design policy is HS2’s recently- launched Design Vision, which contains three guiding principles for designing the whole rail system: people, place and time. They apply to station design by stipulating that stations should be designed for everyone – people; that they should have a sense of place; and that they should stand the test of time.

The legislation currently going through Parliament to build the first phase of the system gives translucent 3D envelopes where the stations will be. The number of platforms and the functionality of the stations has been set but the next phase of design will develop the stations experienced by the public, as passengers, pedestrians and communities.

Most of Britain’s existing mainline railway stations were designed by the Victorians where by the design emphasis was for the train. The impact of the station on the public realm was not a consideration. For HS2 this will be a key driver for the designs as stations are first and foremost public realm.

HS2 understands its power to regenerate. Stations are seen as regeneration catalysts, but to achieve this their design must be contextual – recognising that how they arrive and sit in their environment will vary. Birmingham’s Curzon Street terminus will need to connect with the city’s growing tram network and augment civic ambition for regeneration, whereas, Old Oak Common will need to respond to the Old Oak and Park Royal Opportunity and Planning Framework.

Central to maximising regeneration potential is involvement of all stakeholders in station development. Firmly knitting stations into the fabric of their neighbourhood is crucial to securing their success and the growth of their surroundings – to see them as intrinsic parts of the public realm. So although the ambition is for all stations to be distinctive they should also be sympathetic to the context of their location.

Perhaps one of the greatest challenges of designing stations on HS2 is longevity of the project and the operational life of the network. Guided by the Design Vision’s Time principle, stations should stand the test of time encompassing adaptability for future enhancements as well as aesthetic quality.
Here again stakeholder engagement is crucial to developing ‘passive provision’ for possible future connections and growth. For example Old Oak Common will be developed so that future London Overground services can be integrated, just one example how design incorporating long-term flexibility will ensure stations retain and enhance their strategic value.

This brief summary outlines the essential ambitions for HS2. Through the capacity that it releases and its unique ability to frequently and reliably link Britain’s major populations of economic activity it will be a significant component in rebalancing the economy and addressing the country’s productivity constraints.

HS2 stations will play an important role in achieving this by unlocking growth and regeneration through their design that integrates them into the economic, cultural and civic life of the places they serve. 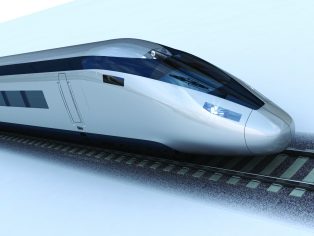