A crisis for the next generation – is London just for the wealthy?

“(In London) in 1990 25 per cent of 16 to 24 year olds owned their own homes. Today that figure has dropped to just three per cent and the fastest growing sector of buyers are over the age of 55.”

The Surface Design Show opening night debate tackled the most pressing issue facing London right now – Housing. Looking at one of the most important topics facing young Londoners today the debate participants took turns discussing the issue in the debate titled A crisis for the next generation – is London just for the wealthy?

Led by Peter Murray, the Chairman & Co-founder of New London Architecture, the evening presented the views of different generations from architect and government agencies, to look at the issues as well as possible solutions.

Andy began by setting the scene: 25 per cent of London dwellers are below 25 years of age, such a youth ‘bulge’ has not been seen since the 1960s, a time of dynamic change and youthful energy. But such enthusiasm still needs somewhere to live. The poor affordability of housing affects the young the most. They are unable to get on the housing ladder and often still living at home, largely due to the fact that options to leave are not very appealing.

There is no doubt that governments are recognising the problem with a variety of schemes such as ‘buy as you go’ and the rise of Shared Living in the private sector. But is this enough and is it the right solution? Do we need more pioneering housing models such as income-based rent?

The risk if we get this wrong is that the coveted youth that bring so much vibrancy and creativity to the City will leave.

At 33, Zohra represented the youth on the panel and rightly gave us a reality check identifying that Affordable Housing in London is defined as being for households with incomes of up to £90K – that is 95 per cent of Londoners. But five per cent of London households are on much lower incomes, are acutely deprived and their housing needs are not being specifically addressed.

Council homes are at a low of eight per cent now in London compared to 42 per cent in the 60’s. Home ownership for the masses remains a dream with the cost of the average property being 13 times the average salary. As necessity is truly the mother on invention, we have witnessed new ways of living through ‘Pocket Flats’, co-living schemes and micro-homes where the emphasis (and trade off) is far more about location than square footage. All of these solutions are good but still happening on a relatively small scale.

In order to progress further there needs to be a higher percentage of new developments given over to local sales, coupled with a protracted structure to land deals whereby the landowners and developers commit to a responsibly long term partnership deal. All of which can only be made possible with political intervention and funding.

In a presentation that seemed like it offered a number of answers to the issues being outlined, Louise told us that the Homes & Communities Agency, at only four weeks old has the following resources:

Coupled with an agenda to ensure that London remains the diverse, culturally rich and creative hub it already is, there will be may eyes on this new government Ministry to see how it performs.

A brief review of the past from David reminded us all how far London has come, in the 1970s with very little investment in the City a half of Londoners wanted to leave. Fast forward to the 1990s and that all began to change, with an explosion of population and popularity, London became the City where everyone wanted to be. It is a cruel irony that London’s greatest asset, which is diversity on every level, has become a major contributor to the most controversial topic in the City right now – housing – and there is no doubt that we have reached a tipping point.

To give us a snapshot of the state of ownership it is worth considering that in 1990 25 per cent of 16 to 24 year olds owned their own homes. Today that figure has dropped to just three per cent and the fastest growing sector of buyers are over the age of 55.

But how does London compare to competing cities around the globe? For example, in Sydney there is a huge political debate and demand that at least three to five per cent of new housing developments should be affordable. In London 35 per cent is the minimum number suggested, with one on three new homes NOT in the private sector.

The housing issue is a generational one and is clearly a marathon and not a sprint. So the GLA is taking a number of steps to improve some of the pertinent issues, including:

All the best ideas in the world need funding and support, a point made by Ben Derbyshire, RIBA President, who believes that the current level of investment is inadequate to solve the magnitude of the problem, coupled with a planning regime that is not fit for purpose. He is a strong advocate for increased planning and spending powers for the Mayor of London, and indeed all Local Authorities.

In particular Derbyshire spoke about the relationship between central London and the suburbs, urging a reconsideration of the way the green belt is treated and the function it plays as an ecological and leisure asset for communities and society as a whole.

There is opportunity within London for thousands of unique solutions, ingenious ways to utilise pockets of land throughout the City, and this is to be encouraged. 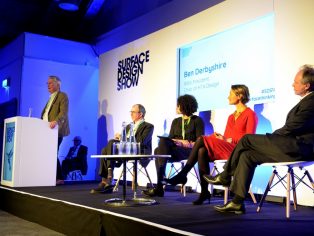