New Chancellor Rishi Sunak has delivered his first Budget in the House of Commons, including an extension of the Affordable Homes Programme (AHP) and a £1bn fund to remove “unsafe cladding.”

£12bn will be released with the new AHP settlement, which reportedly represents a rise of £3bn on the previous plans.

A £1bn Building Safety Fund was also announced, intended to ensure that “all unsafe cladding is removed from every building over 18 metres.”

Alongside these measures, the Chancellor spoke of a £400m fund for “ambitious mayors” for use in brownfield sites, and a nearly £1.1bn allocation for the Housing Infrastructure Fund.

For councils, the Government revealed it is set to cut interest rates on lending for social housing by 1 per cent, and that £650m will be spent tackling rough sleeping.

In terms of environmental measures, a plastic packaging tax is set to come into force from April 2022, with which manufacturers and importers whose products have less than 30 per cent recyclable material will be charged £200 per tonne.

The Chancellor also announced £120m for communities affected the recent flooding, £200m for flood resilience, and that the total investment in flood defences will be doubled to £5.2bn over the next five years. 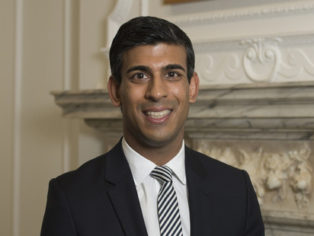