The RIBA Stirling Prize was born in 1996 out of its predecessor The Building of the Year Award. The Building of the Year Award had been running since 1988 and the winner was chosen by the RIBA President from a handful of National Award winners. This was thought of as neither transparent nor democratic. The aim with the Stirling Prize was that the winner should be decided in an unbiased way, with different juries visiting the ‘midlist’ and shortlist.

The new prize was named after James Stirling, the great British architect who died in 1992. The aim was that the Stirling Prize would be for architecture what the Booker Prize was for literature, and a £20,000 cash prize for the winning architects made the prize covetable as well as prestigious. From 2000 to 2011 the Stirling Prize ceremony was broadcast on television, attracting household broadcasting names including Grand Designs’ Kevin McCloud.

A ringing endorsement by then Prime Minister Tony Blair, who was invited to present the 1999 prize, further enhanced the reputation of the Stirling Prize. At short notice he had to pull out, but sent an enthusiastic video message to the audience in 2000. Incidentally, his acolytes Culture Secretary Chris Smith and Peter Mandelson had presented previous prizes.

The prize was largely instrumental in turning the tide of negative public opinion against modern architecture that had existed during the 1980s and 1990s. By the late 1990s ‘Cool Britannia’ had replaced conservatism (both with a big and small ‘c’) and an improving British economy had made design cool again. 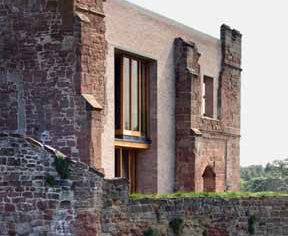